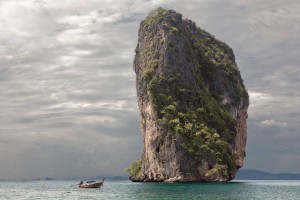 Several years ago I was at a meeting of Adult Children of Alcoholics. There was a new guy at the meeting, and he was clearly in his mid-to-upper-70’s, and I had never seen anyone of his age at an ACoA meeting before, so I was intrigued. After the meeting I went up to him and introduced myself. We had one of the most interesting and illuminating conversations in my life – no joke.

I asked him “So what brings you to ACoA?” His story was amazing. And – I swear to God – this is the straight-up truth. Turns out this guy had over 40 years in AA! He told me that he spent the last 40 years in AA as a “Big Book Thumper” – he said that he loudly trumpeted to one and all that “all you need is the Big Book” for 40 long years; that he traveled the AA speaker circuit to present his gospel of the AA Big Book; that he had hundreds of sponsees over the years; that he gave many, many private AA Big Book Step workshops where he taught hundreds of people the Steps according to the Big Book. He admitted that he openly slammed people in AA meetings who shared about any other kinds of recovery, such as Adult Children of Alcoholics or other Twelve Step fellowships.

Then he told me that several months prior, he had a very serious mental collapse and became deeply suicidal, and that he landed in a local mental health hospital, where he spent around two months or so. In this hospital, he came to realize that for all those 40 years, he was using the Big Book of AA as a shield or defense; that he was effectively running as fast as he could to stay one step ahead of a mountain of deeply buried unresolved emotions resulting from a difficult and traumatic childhood that continually threatened to erupt. He told me that his AA Big Book thing finally unraveled and stopped working for him, and that he then had his big breakdown. He told me that in the mental hospital, he finally stopped running and turned to face his internal “trauma” demons, and that the staff told him to get his butt into ACoA and psychotherapy. And there he was.

What can we learn from this man’s startling story? The answer, bluntly, is that fundamentalism in recovery is an extremely serious block to emotional and spiritual growth, and a very dangerous impediment to achieving long-term recovery. What do I mean by “fundamentalism?” Let’s start with the following description taken from Fundamentalism: A Psychological Problem, by Robert J. Burrowes:

“Psychologically, a fundamentalist is a person with an intense fear of being ‘wrong’; that is, an intense fear of being judged to hold the wrong’ view or to engage in the ‘wrong’ behavior. This intense fear of being wrong develops during childhood when one or both parents, and probably teachers, dogmatically refuse to listen to the child, thus denying it the chance to develop its own views and moral code (based on its own experience), while also terrorizing (by threatening and using violence) the child into believing/adopting a particular set of values and beliefs, and behaving in a particular manner. It is the intensity of their fear of being judged ‘wrong’, and the violence they will suffer if they are so judged, that makes the child hold, with phenomenal tenacity, to the ‘approved doctrine’ with which they are presented. It is this intense fear of being wrong that marks out the fundamentalist from the person who is open-minded and/or conscientious.”

(Back to me) Furthermore, people who are attracted to highly structured, rigid, and controlled fundamentalist doctrines, philosophies, or principles generally have chaotic interiors and do not have a good, solid interior sense of who they are – i.e. their true identity. Fundamentalism provides them with external structures, fixed answers, and a socially-conferred identity (i.e. membership in the group). These serve as a compensation or substitution for their own internal lacks.

They are also filled with fear and insecurity. They are terrified that if they “color outside the lines” something terrible will happen to them. They believe that if they stay tightly inside the box, they will be safe. Fundamentalist religions assuage this fear and insecurity with ready-made, absolutely-sure “answers.” Down underneath of fundamentalism is fear of loss of control, and annihilation anxiety – terror that everything will fall completely apart, that they will no longer know who they are, and even of death itself. For fundamentalists, rigidly-held, fixed beliefs serve as a bulwark against (perceived) forces of chaos and death. For such people, personal freedom is highly anxiety provoking. In effect, fundamentalism serves as a “security blanket” for highly fearful and anxious people.

How does this relate to recovery from alcoholism/addiction? It relates quite strongly. Over the last nearly 30 years of recovery, I have repeatedly noticed how many people in recovery are fundamentalists. A pertinent example is the large number of people in recovery who flatly refuse to even consider using any other recovery tools but the Big Book of Alcoholics Anonymous or the basic text of Narcotics Anonymous. How many thousands of times have I heard the admonition “All you need is the Big Book!”? I happen to love the AA Big Book. I also love the Narcotics Anonymous basic text. Both of them are incredibly helpful and useful in gaining and maintaining recovery. Those basic texts are not the problem.

Long-term recovery ultimately demands intellectual, philosophical, psychological and emotional flexibility. Disciplines and practices that helped at one phase of recovery become insufficient at another phase. The refusal to grow, change and evolve is spiritual disease, not spiritual virtue.