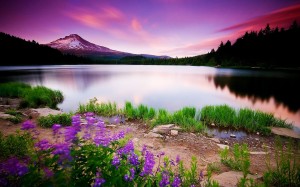 This blog post is about how outer success in life most often must follow the inner work of healing and emotional and spiritual growth.

I’d like to start with a little story – a true one. I coach a guy whom I’ll call Bill (not his real name). Bill has 25+ years of recovery, so he knows his way around recovery. In fact, this guy is pretty much an expert with respect to the Twelve Steps and Twelve Traditions, if you’re into those. He is extremely dedicated to recovery, in every way, shape and form, and does excellent work with helping new people find their way in recovery.

However, his story is also a case study in how “doing the work” – i.e. dealing with the emotional conflicts and problems lying deeply buried in the unconscious mind – is just absolutely critical in terms of our ability to successfully construct a healthy, functional and fulfilling life for ourselves. Bill has spent in the neighborhood of 20 years going through multiple cycles of building a new life for himself, including marriages and new careers, only for it all to fall completely apart, leaving him down and out. His last foray into building a new life for himself ended up with Bill spending a month or two in a mental hospital, becoming homeless, and eventually ending up living in a subsidized housing complex at the government’s expense. It hasn’t been pretty. In fact, much of it has been just awful.

I have known Bill for around 20 years, and over the years I have begged, pleaded and harped at him to take his family-of-origin issues more seriously. I always got the polite “Yeah, yeah, yeah, you’re right” coupled with zero willingness to actually do it. His belief – no, his defense – has been that doing that deep inner feeling work is “for wimps” (his words, not mine!); that “all you need is the Twelve Steps of Alcoholics Anonymous”; that his latest religious foray will fix everything; and a dozen other “good” reasons not to do it. He just wanted to go about building a good life for himself – career, spouse, cash and prizes – and strongly believed he could muscle his way into them.

And, he was right (partly). He did in fact construct the “good life” around himself – multiple times! The problem was that in every case, the whole thing inevitably unraveled, crashed and burned into cinders. In every case, his unconscious, dysfunctional, self-sabotaging behavior patterns, learned in childhood, did him in. His relationships at work and at home were steeped in unhealthy, codependent patterns of behavior. His deeply buried rage eventually erupted at work and/or home, deeply undermining those relationships, and his career. Because he had little idea who he really was, he also kept making career choices that were alien to his true inner self. This was another contributing factor to the ongoing problem with “things falling apart.”

This last time, however, was finally enough. Landing in the mental hospital with suicidal depression, becoming homeless, and then living on disability income in government housing, finally got through to him. It was at this point that Bill decided that looking deeply within was an imperative, not a “nice” thing to do. As he told me at that point, “I finally realized that this stuff was going to kill me just as much if not more than my addiction!” It was at this point that he realized it was truly “do or die”.

So Bill started taking his childhood trauma issues seriously. Bill was raised by parents who were both alcoholics and who were both in the Marine Corps. His upbringing was, in a word, savage. There was nothing but violence, abuse, abandonment, shaming and control. Bill was a sensitive, artistic, intelligent boy who was remade by his parents into their own image: tough, hard, macho, confrontational, raging and violent. His mother abused him sexually and his father savagely beat him routinely. He was thrown out of the house at the age of 16 because of some minor violation. He rapidly got involved in sex, alcohol, drugs and criminality. I won’t detail the rest of his “drunkalogue”. Suffice it to say he eventually bottomed out and found recovery.

That’s when his series of (mis)adventures with “success” and failure began. He “worked the Steps” of AA according to the Big Book for around 20 years of recovery. They kept him clean for sure, but they didn’t touch the underlying, unconscious childhood trauma, and its effects in the present day, that kept sabotaging his life in recovery, over and over again. Bill finally realized that this was the case, and decided to branch out. He began attending Adult Children of Alcoholics meetings, AlAnon meetings, and got himself into therapy. That was five years ago.

The good news is that Bill’s inner work has proved to be completely transformational. It’s incredible to witness the depth and breadth of the changes he has undergone. 90% of his anger and rage are gone. He learned to stand up to both his father and his mother. His codependent tendencies have greatly subsided. 99% of the time, he is calm and centered. He has become the healthiest member of his family!

At this point, Bill is in the early stages of embarking on another foray into building a new life for himself. This time, I believe that he will finally succeed.