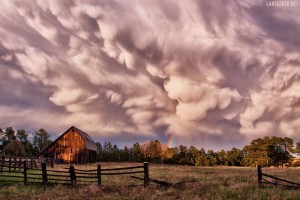 Somewhere along my journey of recovery, I learned something very important: perfectionism and shame are two different manifestations of the same inner problem. They are two sides of a single coin.

Shame is an extremely deep-seated, unconscious, all-pervading belief and perception that you are completely worthless, utterly unworthy, totally unlovable, and undeserving of anything good in life. Shame is not the same as guilt. Guilt is a bad feeling caused by knowing or thinking that you have done something bad or wrong. It is about your behavior. Shame is completely different. It has nothing to do with your behavior or anything you’ve done. Shame is rooted in your very identity, your sense of who and what you ARE, not what you’ve done.

Shame is a hundred times more toxic and corrosive than guilt. It is ten times more difficult to get rid of, and a hundred times more painful to openly and consciously FEEL. Feeling guilt is a walk in the park compared to feelings of shame. When someone “falls into the well of shame”, it is the most horrible feeling in the world. It is so excruciating to feel that it can lead people to commit suicide. It is totally dark, black, filled with sheer despair, and feels like it will never, ever end. It feels like one is the most worthless, horrible, ugly piece of crap in the whole world, like a black mark that can’t be erased or redeemed. It is a constant, nagging sense of never being “good enough”. It makes people isolate and hide from other people, because they don’t want anybody to see or know them, because they believe they are such ugly, horrible pieces of garbage.

Shame is “installed” in little children by shaming, blaming parents and caregivers, and also by certain fundamentalist, shame-based religions which teach that human beings are worthless, evil sinners in the eyes of God.

Because shame is so overwhelmingly powerful and deeply painful to feel, children cope with it by burying it deep in the dark basement of the unconscious psyche. It is “split off” from the conscious mind, because the conscious mind of children is completely unequipped to deal with it directly. Because of this, shame becomes a deeply buried, unconscious, ticking time bomb for adults. Most people have absolutely no idea that it is there — i.e. that they are shame-based and unconsciously driven by their hidden shame.

But make no mistake: even if they are entirely unaware of it, shame-based people are powerfully driven by their buried shame. It manifests in several behaviors, all of which are attempts at escaping, covering-over, or getting-rid of shame. And none of them work. Or rather, they work for a few moments, hours or days. Then they stop working, the old shame returns, and the cycle begins anew.

A very common defense against shame is the drive for perfection. Perfectionism is characterized by striving for flawlessness and an unattainable ideal, and setting excessively high performance standards, accompanied by overly critical evaluations of self and others. Underneath perfectionism is the mostly unconscious belief that perfection and flawlessness is the only thing that is acceptable and worthy; anything less than perfection deserves only condemnation and shame. Failing is equated with being worthless. Underneath perfectionism is the belief than “I will be okay and worthy of love ONLY when I attain perfection – in all things. Anything less than perfection means that I am miserable, awful, terrible and worthless.” There is no middle ground. This is black and white, all or nothing thinking. It is a central characteristic of shame.

Perfectionism is different from a healthy, balanced pursuit of self-improvement. I found the following list of differences between them on the University of Texas Counseling and Mental Health Center (CMHC) web site very helpful:

A healthy desire to grow and improve is not compulsive, driven, overheated or out of proportion. It is simply a balanced desire to mature and grow as a human being. Perfectionism is none of these things. It is a burning, utterly driven compulsion to escape one’s humanness. To be human is to be inescapably imperfect, flawed and incomplete. We are not machines. This imperfection is the root of our compassion, caring, desire to help and to love. But for a shame-based person, this imperfection is not viewed in this light. It is viewed as a contemptible weakness – something to be loathed and eradicated.

Reducing or eliminating shame cannot be done through a conscious, self-willed attempt at suppressing it or pushing it away. Its psychic roots are way too deep and pervasive. Rather, the only thing that works is, paradoxically, accepting it – i.e. making it conscious, allowing ourselves to feel it, and coming to realize, through self-acceptance, that we are simply human beings with ineradicable failings and shortcomings, like every other human being on earth. That is to say, coming to realize that our shame is unearned, and it is over literally nothing. There is nothing wrong with us – except perhaps being vulnerable, imperfect human beings. And this realization becomes the root of self-compassion, and compassion for other people.