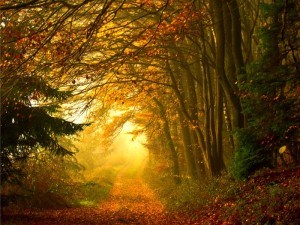 My work is all about helping people in recovery to discover and tune in to their true, authentic self, and to pay attention to it and its wisdom, guidance, desires and direction for their lives. It is a glorious thing, after many wasted or just plain difficult years, to finally get in touch with our real self and to take it seriously. Some call this inner, authentic self their Higher Self. Whatever the name, it is the identity that was created in us by our Higher Power. While I celebrate finding this Self, I also want to address a caution, based on a certain phenomenon I’ve witnessed several times over the years. It’s a new kind of trap.

Let me start with a pertinent quote by Bill Wilson from the AA Twelve and Twelve (pg. 60): “Going it alone in spiritual matters is dangerous. How many times have we heard well-intentioned people claim the guidance of God when it was plain that they were mistaken? Lacking both practice and humility, they had deluded themselves and so were able to justify the most arrant nonsense on the ground that this was what God had told them. People of very high spiritual development almost always insist on checking with friends or spiritual advisers the guidance they feel they have received from God.”

I bring this up because I’ve known quite a few individuals over the years that have discovered their inner/authentic “Higher Self” – the spark of God within – only to make the mistake of identifying whatever ideas coming up from their psyche as the genuine Voice of God.

There is a woman I used to know in recovery, who has since moved away, who was a very nice person, with good recovery, and who was working very, very hard on herself and on discovering and living her true self. As time went by, she discovered who she was at deeper and deeper levels, and eventually made a dramatic career change based on her self-discovery. She became a sort of a coach. Not exactly a coach, but maybe a life guide, based on helping people tune into their intuition. Interesting stuff.

The problem is that, as she became more and more sure of herself and the value of what she was doing, she stopped listening to anybody else. She became utterly convinced that her intuitive voice, the voice of her authentic deep self, was deeply and clearly attuned to the voice of God. She began to absolutely and totally believe anything and everything that she “intuited” because it was, in her estimation, “God talking to her.” Effectively, she became her own Higher Power.

As a result, she became, well, sort of a little “batty” – you know, crazy. She got this sort of glazed look in her eyes that you see so often in people who are “off”. Over several years, her belief system became more and more ungrounded and more and more attuned to every little New Age idea floating by. Her advice to people became more and more disconnected from earthly realities and more attuned to the stars. Her new “life guide” business eventually folded, and she moved away, and I have not seen or heard from her since. I hope she’s doing well, but to be honest, if she’s still convinced she’s her own Higher Power, I would tend to doubt it.

The challenge, as I see it, is discernment. It is discerning the difference between authentic guidance from the inner Self and junk from the ego. And that’s a HARD thing to do. That’s why we continue to need to be in relation to other people solidly in recovery, so we can bounce ideas off them and have them help us to discern the wheat from the chaff. The problem is that we continue to remain stubbornly human and absolutely imperfect. In this life, we will NEVER perfect the ability to unerringly recognize authentic inner guidance from all kinds of tempting junk thrown at us by our ego.

Humility must remain our firm foundation. It’s good to be in community with fellow voyagers on the road of recovery. If they are also on a firm foundation, they can help us to stay true to ourselves without straying over the line into ungrounded craziness.